Joann was thrilled and honored to be invited back home to Scotland in January to participate in the Homecoming 2009 celebrations. This historic event to honor the 250th anniversary of the birth of Scotland's national Bard, Robert Burns was launched by First Minister, Alex Salmond.

It was a special time indeed for her as she met with many of her friends from the Bridgeton Burns Club, who fostered her love of Burns' works throughout her school years and continue to do much great work to encourage the youngsters in Scotland today to appreciate the legacy left to them by him.

Her first official engagement was at Glasgow Cathedral on the 25th of January - the exact date of Burns' birthday. This special service was organized by the Glasgow & District Burns Association and was broadcast live via the World Wide Web with hook ups to Burnsians in Russia and the USA. It was conducted by Rev.A.B.Whitley and speakers included Jane Jack, President of Glasgow & District Burns Association, George Anderson, Past World Burns Federation President and Nicola Sturgeon, MSP. A varied programme of Burns poems and songs was performed by some of the current prize winning school children and Joann concluded it by singing "John Anderson, My Jo". She was surprised and delighted at the presentation of a special edition coin commemorating the event which now sits proudly in her home next to the first Burns Certificate that she won when she was five years old. 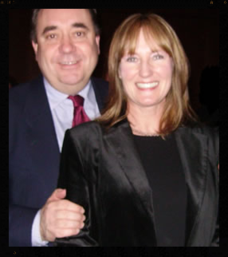 Then followed an invitation by The Rt Hon The Lord Provost and Glasgow City Council to a Civic Reception in the City Chambers where haggis and guid Scottish hospitality were aplenty!

An invitation to meet with the First Minister, Alex Salmond was next on the agenda.  She was delighted to accept his invitation to participate in furthering Scotland's profile in the USA.


She  then presented her trophy to the youngest prizewinner from Calderwood Primary School.

The trip will forever hold a special place in her heart. She will always be grateful to her family for encouraging her as a child to learn Burns' work and to the Bridgeton Burns Club and its members for tirelessly devoting their time and efforts into ensuring that Burns will be remembered and celebrated for the next 250 years and beyond. 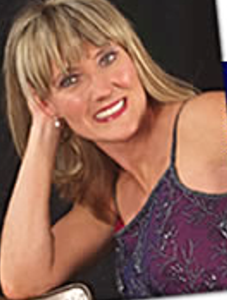 The final event in her trip was one that brought back many happy memories to Joann. It was the Bridgeton Burns Club's Annual Schools Concert and Presentation of Prizes & Certificates. Here, Joann and her family were thrilled to watch today's youngsters perform the Burn's pieces that they had placed with and reminisce about the years that she had been one of them.

Joann addressed the children and spoke about her competitive school years, what she had learned since about the influence Burns has world wide, how she was involved in promoting his works abroad and urged them never to forget that they have something special in sharing the genius of the Bard. 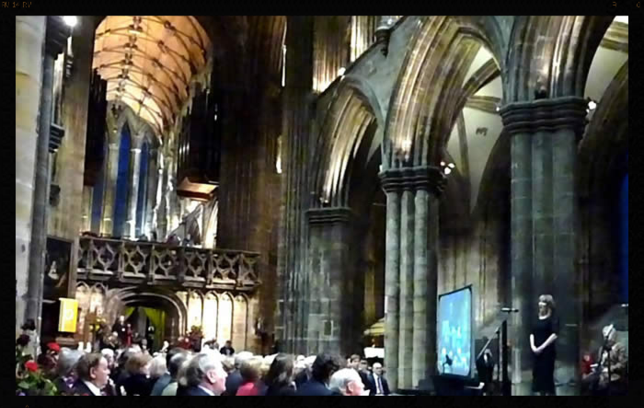 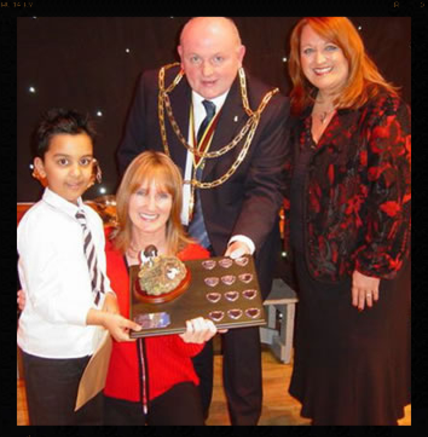 ​Presenting The Trophy With President Kenneth Wilson And His Lady 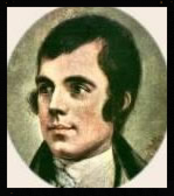