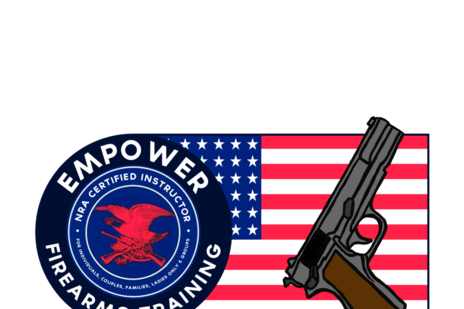 "Pipes, Drums & Patriots" is modeled after the renowned Edinburgh Military Tattoo in Scotland.

Since its inception 65 years ago, the Edinburgh Military Tattoo has become an established event on the Scottish Calendar. So far over 12 million spectators have been entertained by this popular performance on the esplanade of Edinburgh Castle. An impressive combination of military spectacle, cultural performance, and vibrant music, “The Tattoo” sells out in record time and is performed every weekday evening and twice on Saturdays throughout the month of August. There are usually five or six pipe bands massed in the Edinburgh Military Tattoo. The musicians in these bands are all fighting servicemen. The Tattoo is run for charitable causes and over the years has given over £5 (U.S. $7.6 million) to military and civilian charities and organizations, such as the Army Benevolent Fund. It also generates an additional £88 (US $134 million) in revenue for Edinburgh's economy annually. In 2010 the event became the Royal Edinburgh Military Tattoo after HM Queen Elizabeth awarded the Royal title in celebration of its six decades of crowd pleasing.

The word ‘tattoo’ comes from the closing-time cry in the inns of the Low Countries around 1600 during “The Thirty Years War” - ‘Doe den tap toe’ (‘Turn off the taps’). Drummers from the garrisons were sent out at 9.30pm and this cry was uttered by the land-lords of the inns and served as an instruction to the soldiers to return to their barracks. The drummers continued to play until curfew at 10pm. The tradition grew to include pipes and, in peace times, “Tattoos” sprang up around military base towns as an opportunity for the service men to display their skills and entertain the locals during the summer months. These shows were lit by flood or search lights and included full bands and drill displays. Tattoo activity was halted during World War II as part of the black-outs. In addition to the famous Edinburgh Tattoo, many other nations have now adopted this tradition including Russia and Asia.

The “Pipes,Drums & Patriots” Military Tattoo program is the idea of Glasgow native Joann Gilmartin and will mirror the Edinburgh Tattoo, with the added blend of American Patriotism. Joann is a proud US Citizen and a big supporter of our Constitution and Armed Forces for whom she has organized and performed in many smaller scale benefit concerts. Seeing a great opportunity to utilize the Military Tattoo concept from her homeland to benefit American Veterans, she decided to explore the possibility. Joann has secured the commitment of Key personnel from the Edinburgh Military Tattoo who will travel across the pond to bring their expertise to the USA. She also has commitments from some of the top Military and civilian Pipe Bands in Scotland,several US Bands and Drill Units and the choreographer and her Championship Dancers from the Edinburgh Tattoo, the top two Grade 1 Drum Majors in North America and her Celtic Band "Glasgow Girls" to participate in "Pipes, Drums & Patriots". ​

All performers will donate their time and talents to the Tattoo and proceeds will be gifted to Veterans Charity Troops "R" Us. You can visit their website by clicking here.

Please click here to view a short video presentation of the concept of blending the Scottish tradition with America.